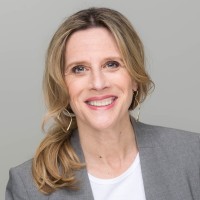 For physical product startups, product launch is just the beginning of a successful product lifecycle. But as revenue increases, so do the challenges of supplying that product. How to find good partners that can support your scale?  How to manage all the information, costs and communication? How much to weigh low costs versus speed and quality?

In our new interview series, we spoke with Alejandro Basterrechea, Head of Procurement Excellence at Zalando, Europe’s largest online fashion platform. Alejandro shared his views of what is important for startups to keep in mind when scaling – and some tips and tricks he still uses today at Zalando.

Note : in this interview, Alejandro is speaking from his own perspective, not as a representative of his company.

Hi, I am Alejandro Basterrechea and I have been working more than 15 years in procurement and supply chain across different industries. I have worked in semiconductor manufacturing, in big retail, and also in the railway and aerospace industries.

And since the last almost four years, I moved to Zalando. Zalando is a former startup in Berlin – it started with two people, two guys in a garage in Berlin, and now have almost a 6.5 billion euro revenue and 14.000 employees over 12 years. So I’ve experienced what maybe a lot of entrepreneurs or startups have experienced, at some point in time is the exponential growth and how you deal with the exponential growth in the terms of procurement and supply chain. Having gone through that process was very, very interesting for me with a lot of lessons learned.

How do you find suppliers for that kind of growth?

In the early stage of your company, I think it is important to find the suppliers that can help you grow, that have an interest in supporting you. You will probably start with smaller and local suppliers because they might tend to be less expensive, and have a higher interest in helping you grow.

In stage two once your product is good on the market, you’re starting to see more exponential growth. You might transition from the supplier around the corner to more established suppliers, but that have your culture. Look to partner with those who are more or less in the same journey. They are looking for growth themselves, to get new customers and are not necessarily for high margins. Also look to utilize different models like resellers and distributors, as they can also offer other products for you.

“Look to partner with those who are more or less in the same journey.“

Then you get in maybe the third stage where was when I joined Zalando, right after the  the IPO. Once you go public, there are a lot of regulations coming to you, the financial regulators are in, people are starting to look into your numbers and into your books. So this where you start professionalizing the processes and harmonizing your suppliers. And maybe you can no longer use, let’s say the software from a small two man shop because they might not be compliant to IFRS or all these accounting standards around the world.

What is really driving this harmonizing of suppliers – are you doing this to build a foundation for further scale? Or is this all just for future cost savings?

I think that that’s important to know. In fact I had to change my mindset as I was coming from a very mature procurement organization focused on bringing down costs.

When I came to Zalando it changed my perspective because even at that stage, you’re still growing maybe not 100% per year but we’re still growing. At Zalando we grow 25 to 30% per year.  It is a 6.5 billion euro revenue. It’s huge. Like a cruise ship travelling at a motor boat speed.

I think you’re looking at three things : scalability, innovation and then later cost. First you need partners that can definitely help in this scalability, for example where you can open three warehouses in a couple of months. They have the infrastructure to give you that. So they don’t tell you look, I need six months to build a warehouse – they need to be ready to say,you need more space, I have more space. So you need to get people who can help you to scale but scale in terms that you’re already quite big. It’s not scaling from 10 packages to 20 packages. But you’re scaling from 20,000 packages to 40,000 packages.

“I think you’re looking at three things : scalability, innovation and then later cost.”

The second factor is you want them to also start bringing innovation. So can we do better with less? Not necessarily less money, but with innovation? For example can we automate the warehouse operations?

And finally later when you are more mature you then really go into the total cost of ownership perspective.

When the company was smaller, did you run into suppliers that were not convinced you were a good investment for them as a customer? How did you deal with that?

At the beginning, of course, you want to source from bigger suppliers, and get the products or services that they provide at a price that is reasonable. And they tend to answer you with very high prices. So usually, they never reject, but they decline by the high number they give.

There are two things you can do. First, when you are maybe not 10 people but getting up to 50 or one hundred is to invest in people to focus on sourcing and find those suppliers that are willing to help you.

The second thing is what a lot of people don’t do. And I think especially if you’re in a cluster, like Silicon Valley, or Berlin, or London, and so on, build a network with the other startups because you can also buy together. Instead of every single small startup buying 10 laptops, if you put all them together, maybe you need a thousand, and then it’s a different story.

“The second thing is what a lot of people don’t do. … build a network with the other startups because you can also buy together.”

I did it here in Berlin, the procurement people in companies similar to Zalando in the tech area, we know each other, and we also call each other. We call and ask, can you look with your provider on this – I don’t get a deal because I’m too small for them, maybe you help me here. And then we try to help each other.

And the third thing is, once they don’t help you, you put it in your list. Like two years later you remember this, and then you bring it to the negotiation. „So two years ago, you rejected me. We have now a different starting point. So we want to discuss that.” Even the negative experiences can be leveraged to your advantage in a future negotiation with that supplier.

Okay, final question. You have a friend at a hot new product startup, and she is tapped by the Founders to jump in and take over all the supply topics. Your friend is new to all of this and asks you for advice on where to start. What do you tell her?

If that person needs to help the founders to deliver a product, but manage the supply, and they have no experience, what I would recommend is to do three things.

One is define with the founders, what is core in their business. So what should be done in house always. That could be intellectual property topics like software development, or if it’s manufacturing could be prototyping. Once you at least define these areas, then you can define where do I need suppliers, just third party providers that give me a service or a good? Where do I need partners? And where do I do not need providers, but I need talent, because we will do it ourselves.

Step two would be to understand the numbers behind it. Understand how much you are paying, to whom and how often. Are you usually paying cash? Or do you have some financing possibilities, like increasing your payment terms – even 15 days is better than zero. You can have some small but but important impact on working capital, which is really important.

And the third thing is that you need a mix of suppliers to avoid dependencies. Sometimes people always want to work with the DHLs of the world but maybe you start also with your local truck company. They can often grow with you and are willing to work closely with you. I personally try to look for the local or regional providers, at least at the beginning.

Any cookies that may not be particularly necessary for the website to function and is used specifically to collect user personal data via analytics, ads, other embedded contents are termed as non-necessary cookies. It is mandatory to procure user consent prior to running these cookies on your website.